Click on the above button to see the program

Biography – Prof. Shigeo Maruyama received Ph.D. in School of Engineering from the University of Tokyo in 1988. He worked as a research associate until 1991, as a lecturer for a year, as an associate professor from 1993, as a full professor from 2004, and as a distinguished professor from 2014 at the University of Tokyo. From April 2015, He also works as a cross-appointment fellow for Advanced Industrial science and technology (AIST). He joined Professor Richard Smalley group at Rice University as visiting fellow for about 2 years during 1989 through 1991. During this period, he started to study chemical physics of clusters, fullerenes, and carbon nanotubes. Later, he invented the new CVD technique of SWNTs from low pressure alcohol in 2002, so-called Alcohol Catalytic CVD (ACCVD). Current research topics are growth, optical characterization, thermal characterization and solar cell application of carbon nanotubes and graphene. He has served as program officer of Japan Society for the Promotion of Science (JSPS) during 2009-2012, and as the president of “The Fullerenes, Nanotubes and Graphene Research Society,” since 2011. He also served as Director of The Japan Society of Applied Physics since 2014 and as Executive Director in 2015. He is an Editor of “Nanoscale and Microscale Thermophysical Engineering,” and an associate editor of “Int. J. Heat Mass Transfer.” He has published more than 200 ISI-listed papers which have been cited more than 7,900 times, resulting the h-index of 48 (Google Scholar shows 13,000 citations and h-index 60). 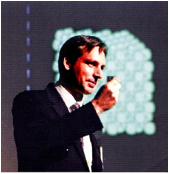 Abstract – Thermal management of nano/microelectronic chips now includes heat spreader elements that allow for decaying the temperature of local hot spots. Graphite films are already in use in commercial products. It will be shown how few layer graphene films can be used to enhance heat dissipation especially using chemical functionalization based both on demonstrators and on theoretical investigations. Thermal management of a micro heater will be proven to be considerably improved via introducing alternative heat-spreading channels implemented with graphene-based film bonded to functionalized graphene oxide through amino-silane molecules.

Abstract – Through 30 years’ research and development, organic light emitting diodes (OLEDs) finally realized the ultimate electroluminescence (EL) efficiency, nearly 100% electron into photon conversion. One of the key issue can be traced to organic luminescence molecules and the strong demands for ideal emitters under electrical excitation pushed the development of novel light emitting molecules. In fact, room temperature phosphorescence molecules such as Ir(ppy)3 broke up the limitation of spin restriction. In recent years, further, a novel conceptual emitter of thermally activated delayed fluorescence (TADF) also realized 100% internal EL efficiency. One of the most important advantage of TADF originates to the unlimited possibility of molecular design using conventional aromatic compounds. In this talk, we mention the history of TADF development, rational molecular design for high efficiency TADF, stability and degradation mechanism and future prospective. Further, we introduce our recent attempt of organic semiconductor lasers aiming for electrical excitation.

Biography – Porf. Jiwang Yan received his Ph.D. in precision engineering from Tohoku University in 2000 and is now a professor of mechanical engineering at Keio University, leading the Laboratory for Precision Machining and Nano Processing. His research interests include ultraprecision machining, micro/nano fabrication, material processing and optical manufacturing. He has been working for more than twenty years on ultraprecision machining of optical crystals, semiconductors, diamond, ceramics, glass and composites, and developed a series of novel fabrication processes for optics, molds, cutting tools, mechanical elements, and so on.